Certainly, when it comes to theatre, the West End is recognized as the highest level of commercial theatre in the UK and, in some circles, in the entire English-speaking world to boot. Usually reserved for top-flight mainstream productions held in large professional theatres in England, the West End theatre is certainly something to be cherished and enjoyed.

Now, just because you're in Southend and not in London, it doesn't mean that you should forget about theatre productions altogether. On the contrary, Southend has three theatres that will leave you entertained. They may not be as grand or as revered as the West End theatres in London, but they are surely nothing to scoff at either.

Southend has three theatres -- Cliffs Pavilion, New Empire Theatre and Palace Theatre -- with each one providing its own unique brand of entertainment. Cliffs Pavilion is best known for its musical concerts and variety shows such as performances on ice. The New Empire Theatre specializes in shows performed by amateur dramatic groups. The Palace Theatre, which dates back to the Edwardian era, hosts professional troupes, repertory groups and comedy acts.

Cliffs Pavilion
Located on Station Road, Cliffs Pavilion was first constructed during the 1930s, with the intention of creating a 500 seat theatre decorated with the popular art deco style of the time. Before the building was finished, however, World War II broke out and construction work stopped. The building was subsequently boarded up and then, in 1959, torn down. Construction on a new building soon followed on a new site that was slightly closer to the edge of the cliff than the original building. That is now the site where the present Pavilion stands and where it opened in 1964. Seating had reached 1,630 seats.

For a year and a half in 1991 and 1992, the Cliffs Pavilion was once again closed, this time for redevelopments courtesy of funds provided by the Southend Borough Council. The staircase was rebuilt, the new Foyer Bar was constructed and an additional balcony was placed in the auditorium. When the Cliffs Pavilion opened in 1993, new attendance records were quickly established. Annual total audience increased significantly from 200,000 to 340,000.

Naturally, at that time, the theatre was one of a kind in Southend and was regarded by the local press as 'the prettiest theatre outside of London' during its opening in 1896. This grand opening ushered in the dawn of theatre entertainment in Southend, with plays, concerts, opera, musicals and variety shows becoming a standard fare in town.

When Marlow left the theatre in 1905, a series of different owners leased the property over the next 14 years, including an illusionist known as "The Great Rameses", whose real name was Albert Marchinsky.

The dawn of moving pictures in 1919 made a world of difference in Southend, and the theatre soon closed its doors in favour of The Rivoli cinema, which would lord it over the city for nearly 80 years until it too closed in February 1998.

Palace Theatre
The Palace Theatre first opened its doors to the public on October 21, 1912 as a glistening, modern building of the time. It was one of 14 cinemas and theatres owned by the Raymond Picture Company. The Palace was different and more modern than all other theatres because of this one saying -- "no matter from what part of the building spectators look up to the stage, there is a clear and uninterrupted view". The theatre had 1,500 seats at that time, now down to just 603 today.

Gertude Mouillot purchased the theatre for £25,000 in 1919 with plans to convert it into a cinema. However, due to the circle's steep "rake", this was not possible, so an annex was instead constructed at the back of the stage and rear projection as used. The annex is still around today and is very much in use.

After the First World War, the theatre concentrated on touring ballet as well as performances by touring companies that featured many of the famous stars of that time. These included the likes of Ivor Novello, Ruth Draper, Matheson Lang, John Clements, Sybil Thorndike, Lillian Braithwaite and Sir Henry Irving. Operations continued even with the dawn of World War II and, miraculously, its building survived numerous air raids without major damage.

Throughout the Second World War the theatre managed to generate an atmosphere of business as usual, and the building survived the air raids without serious damage.

Today, the Palace Theatre continues to show performances from repertory groups and professional troupes. It has since been classified as a grade II listed building. 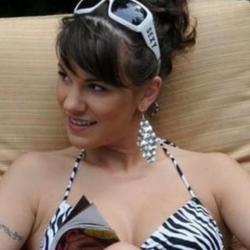 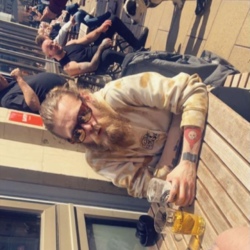 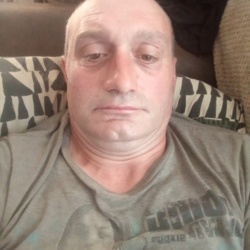 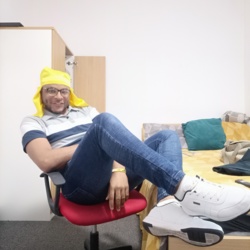